If you work in lettings, I’ll already have a pretty good idea on how you feel about the current Conservative Government and the recent White Paper

The ruling party, however, recently had a chance to win back the affections of the property industry. And failed.

This February saw Communities Secretary Sajid Javid deliver the much-awaited Housing Paper. Its contents are set to shape how this country develops and builds new housing, as well as protect the interests of both home owners and tenants.

I’m sure you’ve drawn your own conclusions but the content and the fall-out are telling.

Here’s what we learnt about the current Government post White Paper:

The White Paper did nothing to reassure small, private landlords that they were still welcome in the lettings industry, with a heightened shift towards institutional investment in mass Build-to-Rent schemes.

Private landlords are already facing punitive tax measures and increasing amounts of red tape in order to run a legally-compliant let but instead of punishing them, private landlords should be encouraged to step in and address the supply-and-demand situation, as they can do so at speed.

The Government’s plans are as clear as mud

Just as there’s no real detail or concrete plan attached to the scrapping of tenants’ fees, the threat of compulsory three-year tenancies came with a massive backtrack and correction without 48 hours of the White Paper’s publication.

Housing minister Gavin Barwell had to clarify that private landlords will not be required to offer longer tenancies, pointing out that this idea would only apply to housing associations, local authorities and institutional investors developing homes in the Build-to-Rent sector.

The Government is determined to lock people into long lets

The current fascination with long-term tenancy agreements is totally misplaced. Three year agreements may bring comfort for families but they ignore the fact that many landlords are not allowed to offer longer tenancies as part of their mortgage agreement, and also glosses over the fact that 6 or 12 month tenancies bring the flexibility that many tenants enjoy. It’s another red flag pointing towards institutional investment.

We have a labour/skills shortage. We have developers who land bank, putting profits before purchasers.

We have consecutive Governments who liked to tinker and make bold claims about how many homes would be built during their term.

Sadly, each Government has failed to deliver and merely self-perpetuates the cycle of demand/supply and rising house prices. In a bid to cut red tape, each Government seems to only create more administration, and the speed at which new homes are delivered – whether that’s to buy or rent – remains at a snail’s pace.

Furthermore, many of the homes built are offered overseas first, cutting the number of properties actually available to UK buyers drastically.

We’d be interested to hear what you would have included in the White Paper. 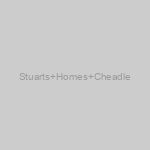